What's with the be-bop vibes? 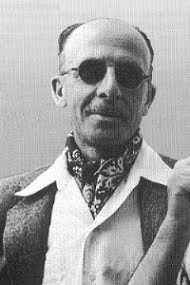 Just enjoyed watching Some Like It Hot (1959) with my marvelous Film Studies class, laughing at all the same jokes over again. I used to think the punchline, "Nobody's perfect," was just a cheap wisecrack to get off the stage; curiously, so did co-writer and director Billy Wilder. Now it seems brilliantly funny and strangely touching--Joe E. Brown's character loves so deeply and sincerely that gender preference is just not an issue for him--at least that's how we see it in 2009. I doubt Wilder could wrap his head around that idea.
Although we were watching the film as a prime example of classical three-act screenplay structure, I was struck by something about the music for the first time. Frequently throughout, especially in comic chase scenes and other moments of tension, we hear a small bebop ensemble, often featuring vibraphones and sometimes saxophone. The music is anachronistic for the 1929 setting--it is not meant to be diagetic, or even a representation of the Lemmon and Curtis characters. It is simply score music. But Adolph Deutsch, who is credited with scoring the film, is known for fairly standard orchestral work. He came out of Broadway pit orchestras, having been a favorite of George Gershwin. And Some Like It Hot has its share of that type of straight-forward scoring--one thinks of the "By The Beautiful Sea" cue at the beginning of the Florida sequence.
So the question is, whence the bebop? I have not been able to find an answer in the standard research sources or on-line. Does anybody know who this jazz group was--who did the charts, who were the soloists, etc.? etc.? Is it possible Adolph Deutsch was that hip? (Plese don't tell me about Matty Malneck--he has a credit on the film, but it is for writing some of the pop songs used diagetically.)
Posted by Lockhart at 9:10 AM