Sound effects that can put you to sleep 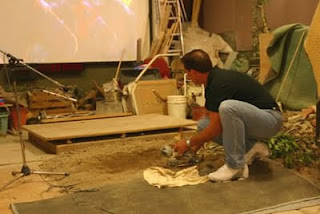 Most people probably do not realize that about 40-50% of the sound you hear in a major American release was not heard on the set when the scene was being filmed. In an effects-based film, that number runs to 80-90% and nowadays, those sounds may never have been actually heard anywhere before the computer generated them.

That is not reprehensible in and of itself--film is a medium of illusion and imagination. It stands to reason that a lot of fabrication is required to make things seem real, or if not real, plausible. But it is a little dispiriting to think of all the sound effects that are used in film after film, many of them not that good to begin with. ListVerse has tabulated the Top 10 Movie Sound Effects We All Recognize and it's a woeful testament to the lack of creativity in mainstream Hollywood. Some of these effects are so overused that their very appearance, e.g., the cat scream, has become a joke in and of itself.

If these people can't be bothered coming up with a new thunderclap or coyote howl, why should we expect them to come up with new situations, stories or characters?