It depends on what you mean by disciplined... 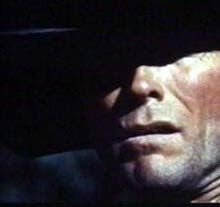 As I said in my earlier post on Gran Torino, I am absolutely staggered by the high level of achievement of Clint Eastwood's last six films as director, and I marvel that I have not seen any prominent critic point that out. Given Eastwood's generally high esteem in the critical community today (a 180-degree reversal since the 1970s, when I remember avoiding his movies), I wondered if I hadn't underestimated his work all these years.

My impression of his films was that they were craftsmanlike, indulgent of actors and a bit lackadaisical in the areas of narrative economy and suspense. I decided to look at one of his best-regarded westerns, The Outlaw Josey Wales (1976), which began the turnaround of his critical reputation.

Eastwood gets a lot of favorable press for being humble, efficient, considerate of the people he works with and with other people's money, always being on time and on or under budget. These are indeed admirable in an age of wasteful and self-important directors. But these fine characteristics have no bearing on the quality of his work. John Ford was often an obnoxious jerk, but he has no serious rival for the post of Greatest American Director. So frequently Eastwood is described as a "disciplined" director. Well, disciplined he may well be in his personal life and in his professional demeanor. But his films, at least until recently, display little or no narrative discipline, meandering around into every little backwater and side event until the main line of the story is almost forgotten or obliterated.

And so, though I had not seen it before, Josey Wales delivered exactly the virtues and drawbacks that I expected. Fine photography by Bruce Surtees, wonderful casting and rich performances, gentle and self-deprecating humor, virtually no narrative drive and overlength. Functionally, the film's story ends about 23 minutes in. Yes, that's when the baddies begin to chase Josey, but Josey doesn't seem to have anything he wants to do or anywhere he wants to go other than to avoid the baddies who want to kill him. So he wanders around, picking up a collection of interesting oddball characters, including Chief Dan George and Sondra Locke, and finally the baddies show up and finally he kills them all, and to whom was that a surprise? [Oops--shoulda had a spoiler alert--oh, c'mon!]

Filmmakers always say in interviews that they were drawn to a project by the great story, and this one is no exception. But so often I have no idea what they're talking about when say there's a great story. A comparison of the running times of Eastwood's films of the 70s and 80s with his current works will demonstrate that his pictures are getting shorter, stories are becoming tauter and he has developed greater skill in maintaining consistent lines of tension and interest throughout his films. The virtues of his mid-career work still seem limited to me.