How not to make films about ideas 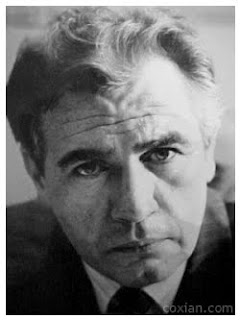 Just watched Hidden Agenda, a British film of 1990, which was recommended to me because of its handling of the subject of the government involved in illegal interrogation and other suppression techniques. But it's not much of a movie, talented participants notwithstanding. The problem is, its all politics and police investigation, and despite the presence of Frances McDormand and the ever-reliable Brian Cox, has no human story whatsoever.

It is impossible to imagine, for example, Gene Hackman playing the reliable, dogged police investigator of the type Cox plays in the film without insisting that the character be given his own storyline, his own quirks. For heaven's sake, at least let the guy have a head cold so he has something interesting to play. As it is, the character is squeezed at the end and succumbs to government pressure to stop the investigation, presumably because of circumstances around his career or his family life. But we never knew enough about him to care or to have any sympathy for his decision. The result is the film is just a flat pro-Ireland anti-England polemic, and of limited interest historically and nearly zero interest dramatically.

You can have stories driven by ideas and politics, but the narrative engine must always engage human sympathies. If you don't want to do that, if you that's "compromise," then don't make a narrative fiction film, make a nice documentary for you and a handful of your friends to watch.
Posted by Lockhart at 10:59 PM