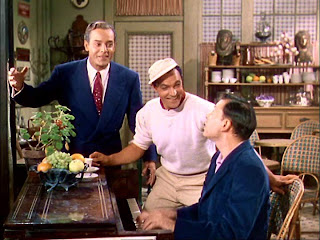 I had the pleasure of seeing An American In Paris (1951) with a paying audience last night as part of the Big Screen Classics program at the Cedar Lane Cinema in Teaneck. And I went with three good friends who are film buffs. And it's been about a year since I visited Paris for the first time. Good times.

Naturally, I've seen this movie approximately 16.72 skadjillion times, but it has been a while since I've sat and watched in its entirety, and probably over 30 years since I've sat with an audience watching it. This is what I noticed this time around.