Is the future here yet? 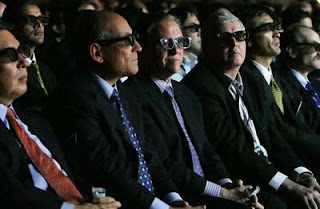 Together with the billions of dollars spent on tickets, doubtless billions of barrels of ink or electrons or what-have-you have been spilled on the aesthetics of Avatar (2009). Certainly there is no reason to attend the film to see great acting, groundbreaking themes or surprising storytelling. All of these elements are run-of-the-mill Hollywood quality--good, mind you, but not innovative. There is only one reason to attend the movie, which is to see the quality of the 3D imaging and the extent to which it is an integral part of the narrative scheme.

On the basis of Avatar, I would rate 3D as significant a development in film storytelling as the arrival of color. Not as great a change as sound, which changed nearly all the rules--except that film is still composed of the juxtaposition of images. But the grammar and syntax of those images was drastically amended. Color, on the other hand, simply changed the conventions by which the world is abstracted in film. Color, as we see it on film, is not identical to color in real life. Moreover, the most skilled artists manipulate it, both during and after production, for the greatest expressivity. Lately filmmakers are deliberately limiting the palate, draining the image of color (often electronically) to literally set a tone. 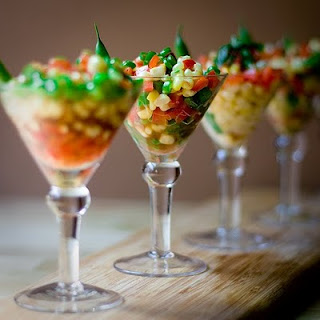 I would argue that 3D accomplishes the same thing for the illusion of depth. The present-day 3D camera still does not perceive the world the way we do. Avatar, in fact, uses fairly shallow depths of field to strengthen the perceived distance between foreground and background objects. In life, we see everything more or less in focus unless we are concentrating on an object within about 18 inches of our eyes. Yet no one, not even the people who object to music in movies because they want to know where the orchestra is, balks at an image like the one on the right because it is "unrealistic." It is simply a convention to which one has become adjusted. Avatar gives the lovely sense of peeking into a shoebox diorama of a strange world. It makes perfect sense for the story being told, this sense of peering or probing into an alien world--a world which can occasionally touch us in the form of falling cinders or blossoms, but in which we are fundamentally an observer. (Some writers say that 3D makes one feel more involved and integrated in the action, but I had the opposite feeling. The action was visceral, yes, but I was keenly aware that it was happening somewhere else.) Moreover, 3D is approximately at the stage of aesthetic development that color was at the time of Gone With The Wind. GWTW has very good and very expressive color, but it is nearly always throwing the color up in your face--most notably the lurid sunset over the twisted tree that closes each half of the film. Avatar feels the need to assert its qualities of depth nearly all the time. It will be interesting to see how this develops when 3D becomes as ho-hum and everyday as color is now. I expect the advent of 3D television will hasten this development. As of this post, Direct TV, Discovery Communications, Sony, Imax and ESPN have announced plans for 3D channels by 2011.
Posted by Lockhart at 11:08 AM