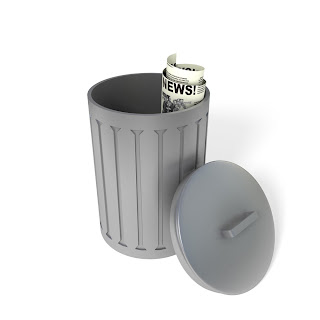 The Grey Lady is planning to go behind a pay wall online, which I think will mean the end of the company which young Arthur Sulzberger has been working so hard these past few years to destroy. First, they encouraged the lazy, sloppy and biased editing of Abe Rosenthal. Then little Sulzberger made it clear that cozying up to people in power for "access" and consequently gussying up their lies and putting them in print (see Judith Miller) was the Times way. Plus the Times became home to the collected works of fiction of Jayson Blair, who didn't bother getting other people to lie but just made them up out of his little head.

Today I was reading a story first published on Sunday (3 days ago, mind you) about the weak auction for the beleagured MGM. On the second page of the story, as published online is a photo of Peter Sellers with the following caption: "Peter Sellers as the Pink Panther, the franchise of which is controlled by MGM." The most uninformed film correspondent should know that Peter Sellers played Inspector Clouseau. Nobody played the Pink Panther, because THE PINK PANTHER IS A GEM, NOT A PERSON!

I know this is not a big point, but it's like the broken-windows philosophy of crime enforcement. If the little stuff gets by, how can you believe anything they say about the big stuff?

I sincerely hope the Times goes out of business and that the world recognizes it has been due to the successful and unstinting effort of Arthur O. Sulzberger, Jr. to kill off one of America's formerly great institutions.
Posted by Lockhart at 11:06 AM