It didn't start with Baywatch, you know 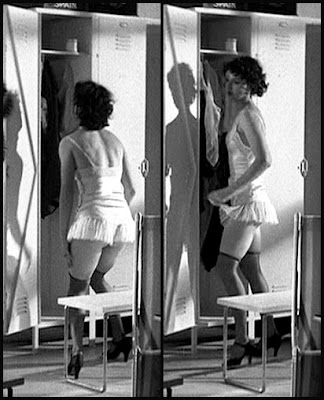 It's so reassuring to know that our grandparents' minds were just as dirty as ours. Search For Beauty (1934) has all sorts of pretensions about being about health and fitness, but it is really 80 minutes of cheesecake and beefcake.
Other pleasures include: a very young, very blonde Ida Lupino, long before she dreamed of becoming an independent director-producer; Larry "Buster" Crabbe, gritting his teeth to show he's acting, no doubt inspiring an impressionable young Burt Lancaster; a remarkably use of a zoom & dolly in shot on a number of comic reactions, mostly into faces to which one would not ordinarily bring the camera too near.
And one side advantage of the Great Depression--young people did not have a lot of body fat which had to be compressed and shape. The clothes are tight and unstructured, yet flattering. I presume that a lot of the cast were actual athletes, mixed with a few dancers on the ladies side.
The resulting film really doesn't offer much except the bodies on display. There's a bit of comedy between Robert Armstrong, the guy who brought King Kong to New York (so we know he's not bright) and James Gleason, who is usually a smart cop or city editor, but who is a dumb rich guy in this movie. But they're really only marking time until they bring out some more young people in tight bathing suits.
If they had only perfected slow motion...
Posted by Lockhart at 2:05 PM