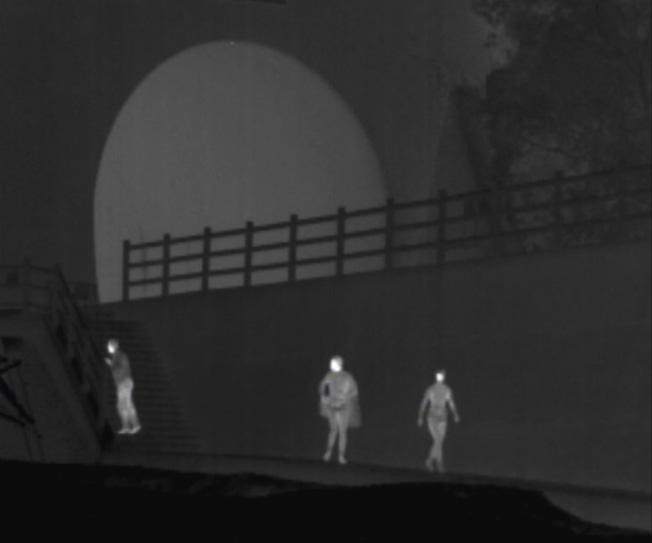 It's my intention that this blog be reflective, not review-oriented, but I have to say flat out: The Cove was the best movie I've seen released in 2009, regardless of category. Yes, it won awards as a documentary, and yes it is perceived as political, since its intention is to challenge an existing power structure.

But it is a terrific action film, a suspense film, a spy film, a paranoid thriller, like The Parallax View or Enemy of the State. And it's a compelling statement of the power of film and, in an era when we are able to fabricate entire universes, film's capacity to reveal the unadorned truth. And the power of that unadorned truth to change the world. I can't express how much we need that now.

Simply put, these men and women set out to write a wrong--the mass slaughter of dolphins by a small community of fishermen in a remote town in Japan. Instead of organizing protests and letter-writing campaigns or lobbying politicians (all of which have been tried), they formed a virtual Impossible Mission force to infiltrate the forbidden area and plant cameras disguised in man-made rocks created by what used by the model-making division of Industrial Light and Magic. They even brought (unlawful) infrared and heat-seeking camera equipment to record what they'd done (see illustration). The trials they go through to plant these cameras are the most nail-bitingly exciting cinema seen in years.

And astonishingly, the cameras which had to be placed somewhat blindly and left to see what they would record, picked up both beautiful and awful images. The shot of sunrise on the cove, with artfully arranged figures in the foreground of the breathtaking scenery and a touch of smoke at the side looks like something arranged by John Ford. Then the slaughter follows, and it outranks any horror sequence seen in many years.

The fact that the film tells its story so briskly and efficiently via brilliant editing by Geoffrey Fishman, that it has stunning original cinematography and a very effective music score is just icing on the cake. Not since The Battle of Algiers (which was not a documentary) has there been such an effective political film. It is a testament to the faith of its makers in film and in the ability of others to recognize justice (and its absence).
Posted by Lockhart at 12:01 PM