Vengeance is not justice 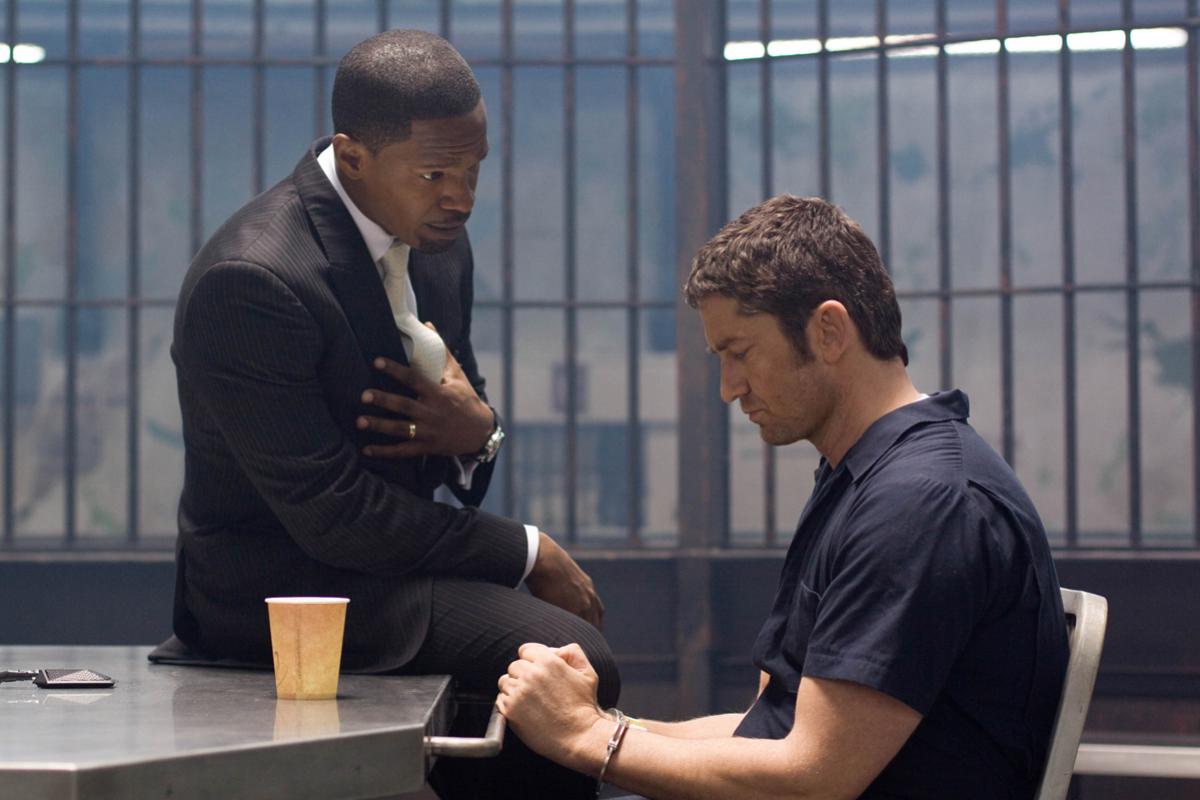 There is little to say, cinematically speaking, about a thing like Law-Abiding Citizen (2009). Director F. Gary Gray has a good eye and can move things along. That the resultant film is both preposterous and nauseating was, I suppose, built in to the project from the start. You must other buy these things or reject them outright. You can't fix them up by cutting a scene here or there or adding a fact to increase plausibility. Plausibility is not the point. It's all about MAKING a point. In fact, the title character is willing to kill 8 or 12 people, many of them innocent and take his own life to make a point. I think they call people like this terrorists.

What bothers me, and this perhaps comes from my experience as an attorney who was for a time attached to the Public Defender's Office, is that the film turns on the assumption that plea agreements are bad. (The writer doesn't seem to like bail, either. I think he should move to Singapore, myself.) There are flawed plea agreements, but that's because there are flawed criminal cases. And in order to do away with flawed criminal cases, we're going to have to do away with the 4th, 5th and 6th amendments, and I'm not ready for that. Moreover, plea bargains yielding lenient sentences are less of a problem than plea bargains which coerce false confessions--which allow unidentified malefactors to go free.

None of this makes Law Abiding Citizen less of a slam-bang thrill ride. But it's the kind of thrill ride that may make you want to throw up afterwards.
Posted by Lockhart at 11:09 AM