The central figures of The Answer Man (2008) and World's Greatest Dad (2009) and A Single Man (2009) are all writers who must shed their terrible secrets in order to find freedom and peace. All feature astounding central performances and all are the creation of novice or near-novice writer directors. Together they represent a spectrum of mood from romantic comedy to black comedy t0 sombre drama, each pointing to a more hopeful future. It was striking to have encountered them all within the same week.

Each protagonist's secret is quite different. Jeff Daniels's Arlen Faber once felt a connection to God (he wrote a book of answers to big questions called "Me and God") that he no longer feels, no matter how many different spiritual disciplines he chases after. Robin Willia 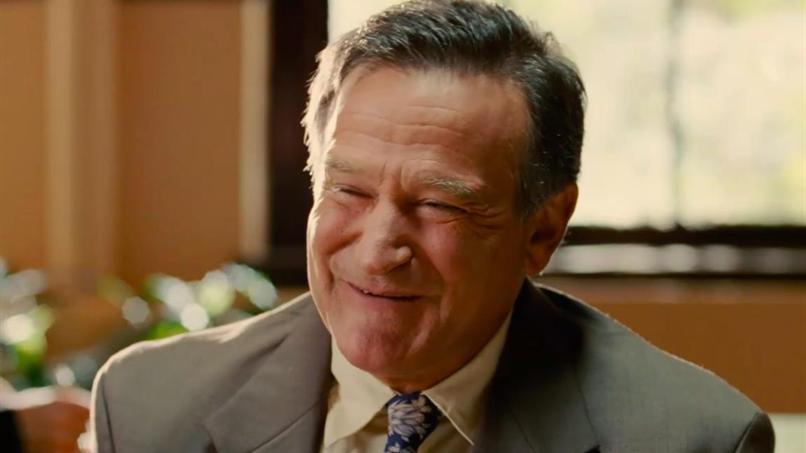 ms's Lance Clayton, who yearns to be respected as a writer, only finds that respect by concocting a sensitive journal he attributes to his loutish dead son. (Incidentally, both of these books have genuinely helped other people more than they have helped their own authors.) Williams's grief is merged with and almost subsumed in gayhis new pride and self-respect as a published author, albeit a secret one. And Colin Firth's George Falconer secret is that he is in mourning, that his dead "roommate" was in fact the love of his life, a fact which, in 1962, must be concealed. And the fact of that concealment has nearly become the central fact of George's life; perhaps if only George could openly mourn, he could be simply healed. But that route is cut off for him.

The films have very d ifferent physical settings and very different visual approaches. Answer Man makes Philadelphia look as pretty and comfortable as the best parts of Boston. World's Greatest Dad takes place in a bleached and barren Washington State. And A Single Man takes place in tiny slices of Los Angeles carefully selected to project the idea of "1962." [Incidentally, a number of recent films such as (500) Days of Summer and Valentine's Day are making Los Angeles, especially the older downtown area, appear to be quite liveable.] But all manage to isolate the writer-protagonist (alright, in The Single Man he makes his living as a college professor, but he know he is really Christopher Isherwood who was a professor AND a writer).

Because all three writers are lacking in the relationship department, and for all the words they know, are unable to utter the ones that will relieve their loneliness. (That's a paraphrase from something, but I don't know what--let me know if you know.) Which perhaps explains why this very visual medium seems to be exploding with stories about writers (these three films are hardly the only examples--writers have been playing leading roles in movies from Sunset Boulevard to The Shining. Film shouldn't be very good at portraying people who, as writers do, live inside their head. I think the key is that for all of them the pain has overflowed past the point of words, and has achieved palpable visual expression. For Arlen Faber, the pain has clustered in his back, literally paralyzing him; he rids himself of both the physical and spiritual paralysis via the tender ministrations of Lauren Graham. My idea of a great plan, incidentally.

[Single Man has a particularly striking visual scheme, with very high grain film evoking an era 50 years in the past--specially obtained for this shoot--and frequent non-narrative interludes which fixate on eyes: not pairs of eyes, mind you, but single eyes. A gaze, so closely examined one cannot tell if it is fixed on an object or staring into emptiness. Or both. The eyes are not only George's--it seems the shots are not meant as character revelation, but seem to be about the act of looking. I can't say I've satisfactorily deciphered the shots upon a single viewing, but I'm surprised I have not found any discussion of these shots on line to help me out.]