The entertainment industry trade papers routinely refer to the films and television programs with which we, the lumpenproletariat fill our empty hours as "product." This is not meant to be derogatory. Most of the entertainment business is engaged in distribution and in order to distribute, you have to have something to distribute. That is "product."

If you view Valentine's Day (2010) as "product" rather than aesthetic expression, it is far less offensive. Everyone in a committed relationship has to do SOMETHING on February 14, and the benevolent masters of New Line Cinema have engineered a product to meet that need. And given the obligatory nature of the entire exercise, it's not all that egregious.

Yes, it's slick, yes the stories are superficial, yes there are no movie stars, except Julia Roberts, who, in an extremely underwritten part is called upon to do what only a Movie Star can do. But it keeps moving along at a brisk pace (not brisk enough for my wife and I to guess at least two of the story "twists.") Nonetheless, the film does not slavishly adhere to either romcom or sitcom conventions: not every person is happily paired up, and not every single person is miserable. The cast is engaging and hard-working, and it was nice to see director Garry Marshall's good-luck charm, Hector Elizondo in a significant role. One good aspect of the engineering is that while some of the subplots were extremely simplistic, they informed--at times literally--the principal plot strands. And I am going to out on a limb and say that I think Eric Dane is underrated and I would like to see him given some heavy lifting, acting-wise. I think he's up to it.

The only thing that spoiled our experience of the film Valentine's Day was my wife's rash decision to look at that film's template, Love Actually a few days later. The quirkiness and originality of both the stories conclusion and the cast, the greater interpendence of the stories and the stronger sense of the stories moving together to a cohesive conclusion about love in general, not just romantic love (highlighted by the brilliant documentary footage shot in an airline terminal of family and loved ones exchanging heartfelt kisses) threw Valentine's Day deep into the shadow (or better yet, a studio sunlamp) compared to the genuine sunshine of Love, Actually.

But it is still important to recognize Valentine's Day as a good product, especially when seen in stark contrast to poor product, such as All About Steve (2009). It's very possible AAS did not begin as product. It seems as though it has things it wants to say about being an individual, about being unafraid to be oneself, to follow one's passion, to avoid subsuming one's identity in the pursuit of a partner. What resulted is an uneasy merger of romantic comedy and very silly slapstick.

One problem could be that the romantic object is the suddenly popular and utterly uninteresting Bradley Cooper. I must assume that this actor's agent has photos of important film executives in compromising poses with farm animals, for there is no other possible explanation for his consistent employment. He is so bland and generic that I must presume there is UPC code tattooed on the back of his neck.

Give Sandra Bullock credit, both as star and co-producer. I believed she tried to do something different, and has always been unafraid to appear foolish. Moreover, the film deftly avoids the symmetrical yet phony resolution it seems to be heading toward. But it never arrives at the triumphant feeling for its conclusion that it apparently intended. 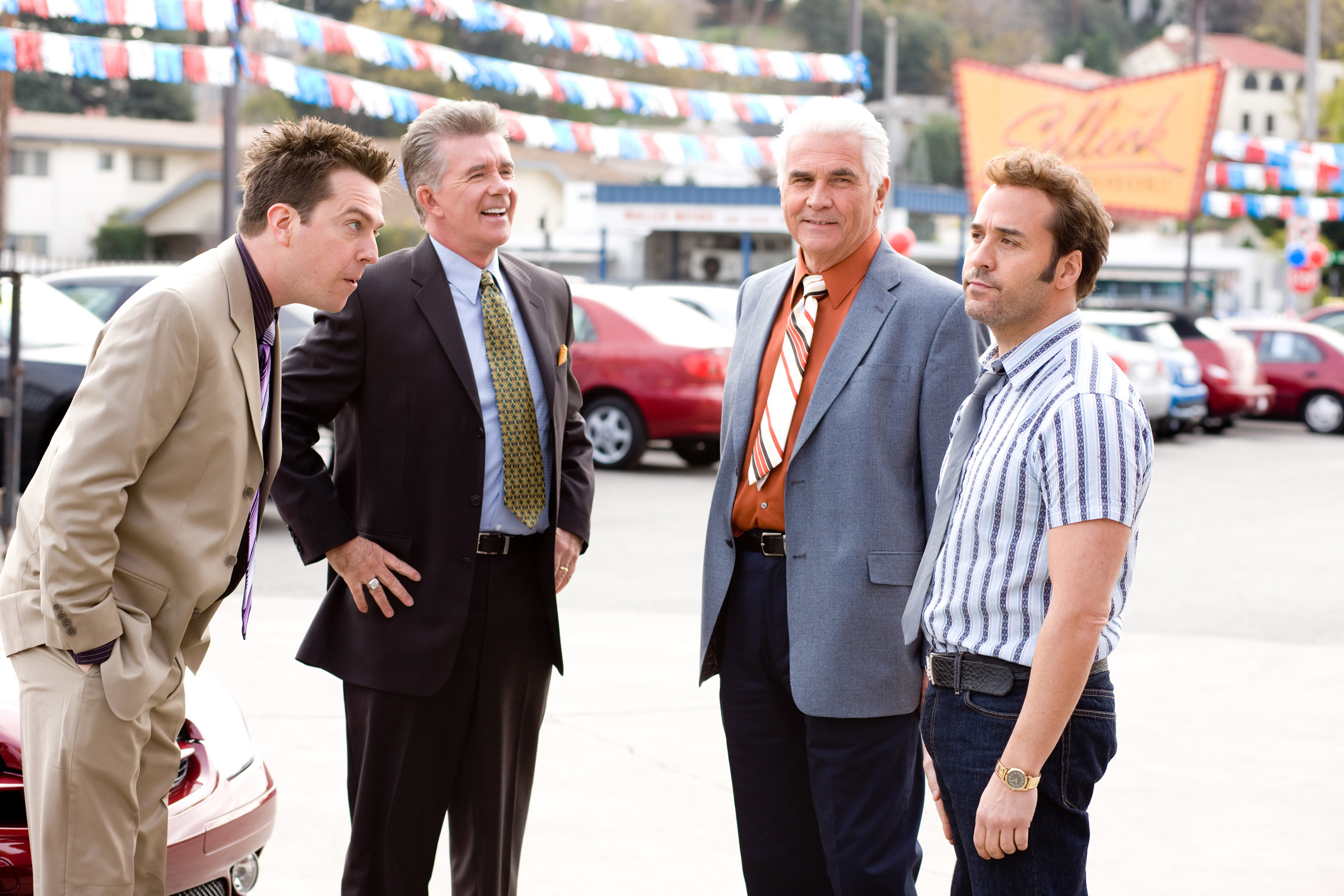 The Goods (2009), on the other hand is about nothing but product, both on-screen and in the industry. The Will Farrell-Adam McKay franchise has become an assembly line, for which Will Farrell's presence is no longer necessary. The story concerns moving cars off a used car lot that have been sitting there too long and the film itself has an air of having set around too long. There is no sense that this story has to be told now--no sense of innovation or discovery. Everyone is going through the motions. Ultimately, it doesn't even seem to matter if the cars are actually sold, as long as some sort of 90-minute film has been delivered to the distributor. Foolishly, Jeremy Piven is supposed to be a sympathetic character. (This is as welcome as a lovable Kevin Spacey or a cuddly Gary Oldman. Give me a break.)

The Farrell-McKay franchise has never been able to tell the difference between a 10-minute TV sketch premise and a 90-minute film story, and the unevenness of tone and style here crops almost minute to minute. The actors barely seem to have been on speaking terms with each other. Many jokes have nowhere to go and, not surprisingly, pay off, despite the fact that they involve pedophilia, homosexual assault and other bizarre practices. You can make joke about an erection--the inability to get one or to get rid of one. Simply showing a phony "tentpole" does not actually constitute a joke, especially when the pants involved belong to James Brolin. Unlike other used car comedies (including Used Cars--which promised, "Nobody ever died over $50," and Cadillac Man) little of the alleged humor is unique to the selling of cars. They could be moving marital aids as far as the script concerned, since most of the jokes are the kind of sex humor guaranteed to crack up 13-year-olds of all ages.

And what does it mean that the once-revered Vertigo shot, tellingly used in both Jaws and Goodfellas now appears to ineffectually punctuate a comedic con sequence? (I suspect it might be one of the signs of the approaching apocalypse.)

After all, what do you get when you try and sell 211 cars in 3 days? Desperation and exhaustion, which The Goods exhibits in spades.
Posted by Lockhart at 5:02 PM