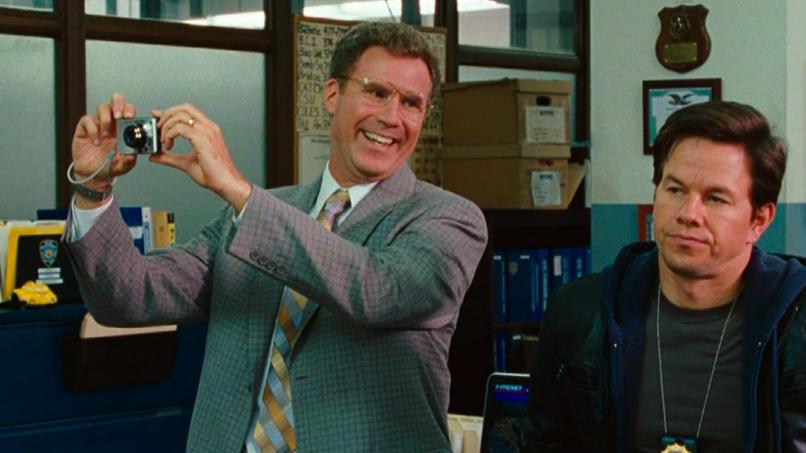 Improvisation was once a rehearsal tool for actors and directors developing a production of a play. It was never intended to be seen by the audience, being designed to help actors discover aspects of their characters not directly addressed by the script of the play.

It only became a production mode in the US in the late 1950s when, at the same time, the Compass Players and its successors in Chicago and John Cassavetes, Shirley Clarke and other filmmakers in New York started assembling scenes improvised by actors based on an agreed-upon storyline into full-length works. These two strands produced some of the most influential actors of the 1960s. From Chicago came Alan Arkin, Barbara Harris, Ed Asner, Jane Alexander and Alan Arkin. From New York came Peter Falk, Ben Gazzara and Gena Rowlands. The Chicago group emphasized variety and the inconsistent, surprising aspects of human nature. Where Chicago went wide, New York went deep, drilling down to the hidden springs of feeling, especially those of loss and pain.

But whereas Compass was intended to be a full-spectrum theater group, presenting classics of world theater and full-length improvisations on contemporary issues, its successor, Second City packaged improvisation as a comedy brand, focusing wholly on short sketches with broad types, running jokes and blackout punchlines. The end became the means, and the basis of not only Saturday Night Live and SCTV, but all the films that sprung from those sources. (The 80s sketch group boom, such as UCB and The State, which are fundamentally writer-driven cooperatives probably trace their ancestry to Monty Python.)

Currently the biggest sub-brand of the Second City brand is the Will Ferrell film, specifically, the Adam McKay-Will Ferrell movie, which also traces its lineage from Blazing Saddles and the other Mel Brooks burlesques. Mel Brooks was the first to bring the sketch mentality to bigtime Hollywood films, by which character consistency, plot development, thematic integrity and good taste are all tossed overboard for the sake of a gag, any gag so long as it gets a laugh. So what if it contradicts other scenes in the movie, so what if it short-circuits the progress of the story. If people will laugh at men farting when they eat beans, who needs a story or characters?

(This scene has always driven me crazy. Why do people find it funny? Back in 1973 there was some humor in breaking a taboo and assaulting the Western genre, which was semi-sacred. Now we've scene routines with the Queen or Grace Kelly farting, so the fart taboo is pretty much exhausted. AndB there's nothing inherently incongruous about farting. Some foods produce more gas in the G.I. tract and press for more and faster relief. Other than puncturing someone's dignity, farting is as hilarious as any other body function. The unrelieved NEED to fart is still funny, the fart itself just a natural event.)

But the Mel Brooks burlesques were written down, with fixed scripts. I'm sure a certain amount of staging and business were worked up on the set, but there was no tradition of wholesale improvisation for that generation of comics, even though they first began work in impromptu resort camp shows. Not until Christopher Guest began his series of films improvised around a scenario that full-on improv made it into the movies.

What the SNL and Ferrell-McKay group brought to movies was called improvisation, but it is really riffing, a time-honored practice of comics who converge on a subject or a situation and come up with alternate set-ups and punchlines. There is even a well-known improv game, often called "Ding" in which a moderator hits a bell and the improviser must substitute a new line for the line he or she just said. At its best, it promotes spontaneity and openness. Abused, as it often is, it turns an actor into a joke machine.

Will Ferrell is a talented performer. He is far more effective than, say Jim Carrey, in what might be called "serious comedy" such as Stranger Than Fiction or Melinda or Melinda. But his "friends" like Mr. McKay keep pushing him into shallow waters and forcing him to stay there. The man is capable of a Dr. Strangelove or a Network, and he is in danger of turning into Eddie Murphy. The day you see him show up in a fat suit will be his expiration date.

That said, The Other Guys represents a considerable improvement over the mild-chuckle inducing Talladega Nights (Although - can we declare a moratorium on overweight middle-aged guys in tighty whities? Yecch) and the abominable Step Brothers. Having Mark Wahlberg aboard helps, as he is neither an improviser nor especially silly. In fact the film adheres to its story so closely that it doesn't give Steve Coogan a chance to be funny, which falls in the category of a waste of a precious resource. And the story turns out to be an extremely plodding police procedural, even though it is decorated with silly ideas, like Will Ferrell being sexually irresistible. Soon it even forgets to make fun of the super-violent buddy super-cop movies that is the essential premise of the movie and finally it has no target and the wispiest sketches of characters. It is neither an actual movie nor an effective comment on a movie. Oh, it's a reasonable time-passer, but I can't imagine anyone hauling this out in 30 years to show their kids what a great comedy is.

make far more productive and organic use of improvisation, born out of extreme humility. (This may be the humility borne of great arrogance, but it's humility nonetheless.) Simply put, they have literally NO pride of authorship when it comes to dialogue. They work out character, situations, scenes, structure, but do not consider themselves as good at creating dialogue as actors on their feet can be. So they write dialogue, but they tell their actors not to bother following it to closely. Instead, dialogue develops and evolves out of rehearsal and repetition, like jazz players working off the "I Got Rhythm" changes. You still have to play the chords, or you will be in discord with the other players, but you're free to work out your own melody. And in the rehearsal process -- and even during shooting -- the Duplasses are unafraid to completely invert the intention or the action of the scene if they feel what they initially created doesn't work. This makes financiers and distributors nervous, but it is a very effective method of storytelling and if everyone is prepared for it, very successful.

Cyrus (2010) demonstrates emphatically that this system does not rely on amateur or semi-amateur actors like Mark Duplass or Greta Gerwig to work. Instead, professionals like John C. Reilly and Marisa Tomei lend a crispness, clarity and sense of purpose to the film and enhance the energy and drive. They know how to get to the point of a scene, and even with variations and decorations, keep that purpose solidly in mind. I found the film so effective that the ugly greasy slug often identified as Jonah Hill was not too nauseating, except insofar as his character was meant to be. (Although the American people need to put their foot down. Mr. Hill must not take his pants off in the movies anymore AT ALL. He has abused the privilege. Do any of you know a Congressperson or Senator who can do something about this?)

It's questionable whether this script could be pulled off at all with anything less than top-level actors. Not that there's a weakness in the script, but I can't see an amateur walking that fine line between psychopathy and comedy that Jonah Hill is called upon to do here. Or that anyone with such a lumpy face and bad hair could be as plausible leading man as the sweet and funny John C. Reilly. Or that any non-pro actress could simulate loving devotion with something like Jonah Hill. Believe me, that takes real acting.

The camerawork is still rudimentary. The film features Catherine Keener, queen if indie movies, so you know that it's still a little movie, even if a studio is involved. The story still moves in fits and starts, static for a long time, then shifting into overdrive. But whereas a writer can sit and think that a girl could endear herself to a man by starting to dance to the inane pop tune which he is trying to compel the whole party to dance to, it takes a Marisa Tomei to know how to do that, to be light and funny and spirited and yet terribly seductive. And the people who nominate people for awards are going to have to stop overlooking John C. Reilly. His gallery of characters is as fecund and diverse as Paul Giamatti or Phillip Seymour Hoffman, yet he is always taken for granted by the nominators, though not be filmmakers who know how extraordinary his range is. Is there another actor alive who could be equally at home in Magnolia and Walk Hard?

In a project like this, improv becomes a tool for actor-writer-director collaboration and for a greater naturalness in performance. (I hate those super-written lines that become staples of movie trailers, often announcing the theme. Much as I admire The King's Speech, the line, "I have a voice" is one of the worst motivated and baldly obvious lines in it, clearly emanating from the omniscient author and not the character, yet the line is plastered all over the commercials and trailers, incidentally demolishing the effect of the scene it's in when audiences come to see the movie.) Instead of gladiatorial combat, as in the world of Adam McKay and Judd Apatow, improv is put to its original purpose, arriving at the truth lurking just below the words of scripts. A kind of meta-writing. If Cyrus is an example of the Duplasses "selling out" and working in the studio system, I hope they do a lot more of it.
Posted by Lockhart at 9:57 AM